The Odododiodioo Constituency and it’s future is bigger than any political party or politician. This, all stakeholders agreed on at the recently held Town Hall meeting organized by the Sacred Heart Catholic Church, Derby Avenue, Accra, on behalf of the Catholic Archdiocese of Accra under the supervision of the Justice and Peace Commission for the Odododiodioo Constituency on November 14th, 2020. They also pledged to put the community and its citizens first and vote for peace and the safety of the people and called on the police to do whatever it takes to ensure this. 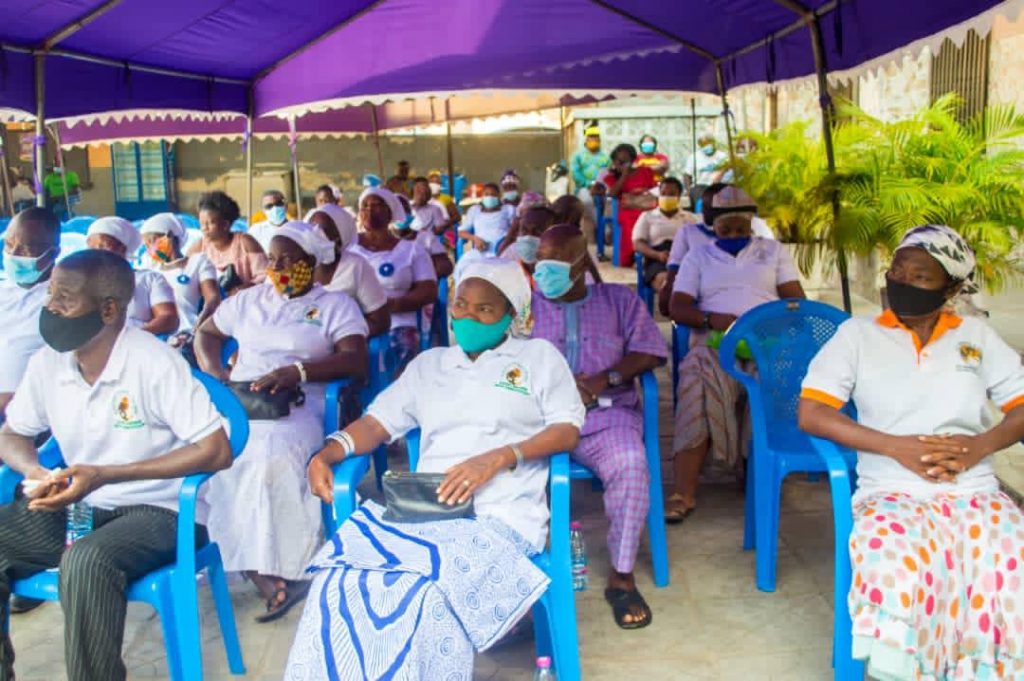 The theme for the event was “The Role of Parliament, Local Authorities and Participatory Governance in Community Development”. In attendance was the sitting Member of Parliament, Hon. Edwin Nii Lante Vanderpuye, Mr. Issaka Sampson, the CPP candidate, Mr. Ebenezer Otoo, the GUM candidate and Hon. Reginald Niibi Ayi-Bonte Esq, former Member of Parliament for the constituency.

The Chairman of the Parish Pastoral Council, Sacred Heart Parish, Mr. Samuel Nkrumah Duah asked that constituents voice out challenges they face in the community rather than asking questions on promises in their manifesto since existing problem needs to be solved before new initiatives come up. 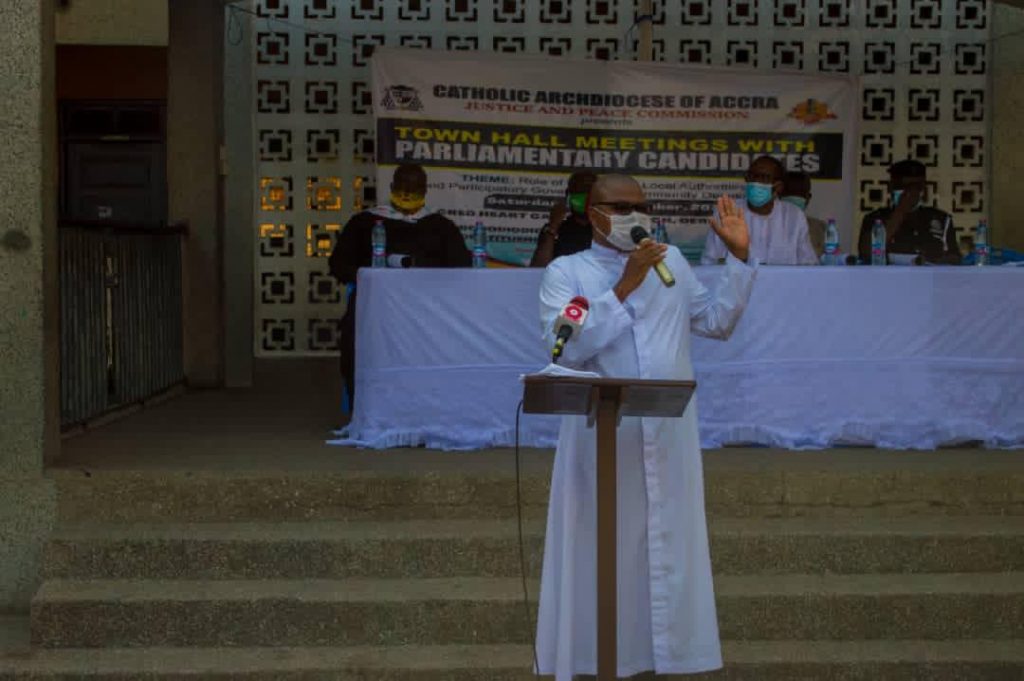 Rev. Fr. Delasi Atsu Parku, the Parish Priest also asked candidates to be realistic in the goals they set and not make extravagant promises. He also charged constituents to hold the candidate who wins responsible and make sure they fulfill these promises. He advised constituents to be mindful of the problems they chase M.P’s around with as this act pushes them to make those promises they can’t and don’t fulfill.

The Chairman of the program, Mr. Fred Kwasi Coch Esq. in his keynote address reminded attendees that they were present as citizens of Ghana and residents of Odododiodioo to be informed, educated and entertained about the role of parliament, our MPs, local authorities and our participation as citizens in community development.

The candidate for GUM Mr. Ebenezer Otoo said the development and peace in Odododiodioo was very important so each and every member of the community should strive to achieve peace.

Mr. Issaka Sampson of the CPP also pleaded that everyone tries their best to maintain peace before during and after the election. 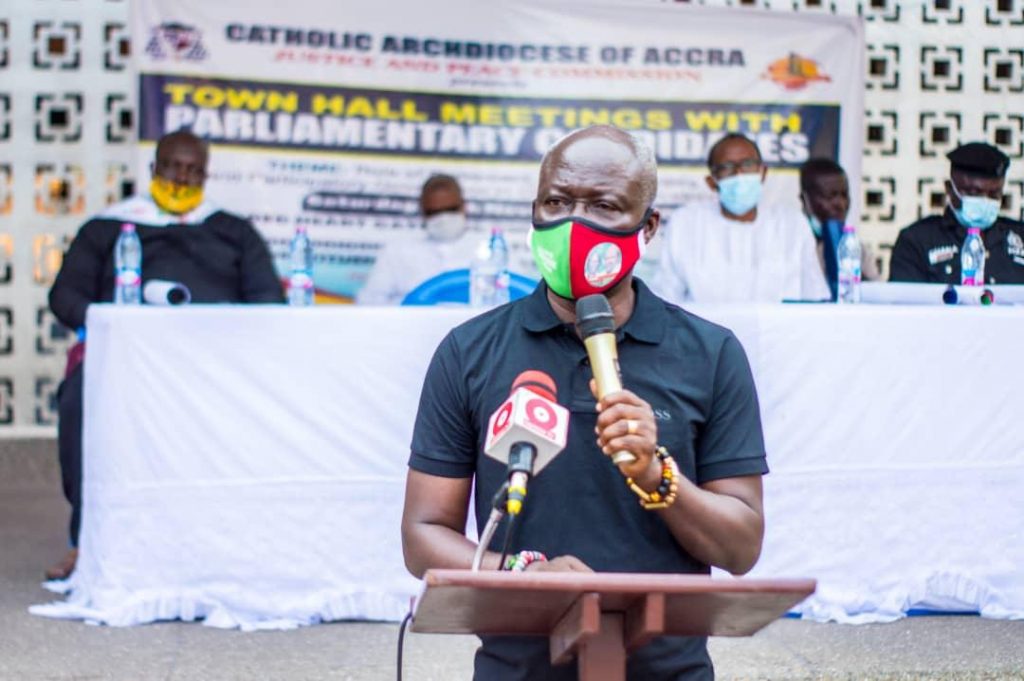 Hon. Nii Lante Vanderpuye said looking at where he came from to where he is now he counts himself lucky and have often discussed with former MP Hon. Reginald Ayi-Bonte Esq. that they should be able to use their position, experience and influence to help build Odododiodioo. He charged everyone present to do their part to maintain peace. He also asked the police to do their job and deal with those at fault as the laws of the land requires irrespective of who they support or work for. He said everyone knows that the police station is a place where issues are supposed to be dealt with fairly and people should feel safe there, but recently it hasn’t been so in the community. He asked the police to do better as the safe and peace in Odododiodioo is bigger than anyone or any agenda. 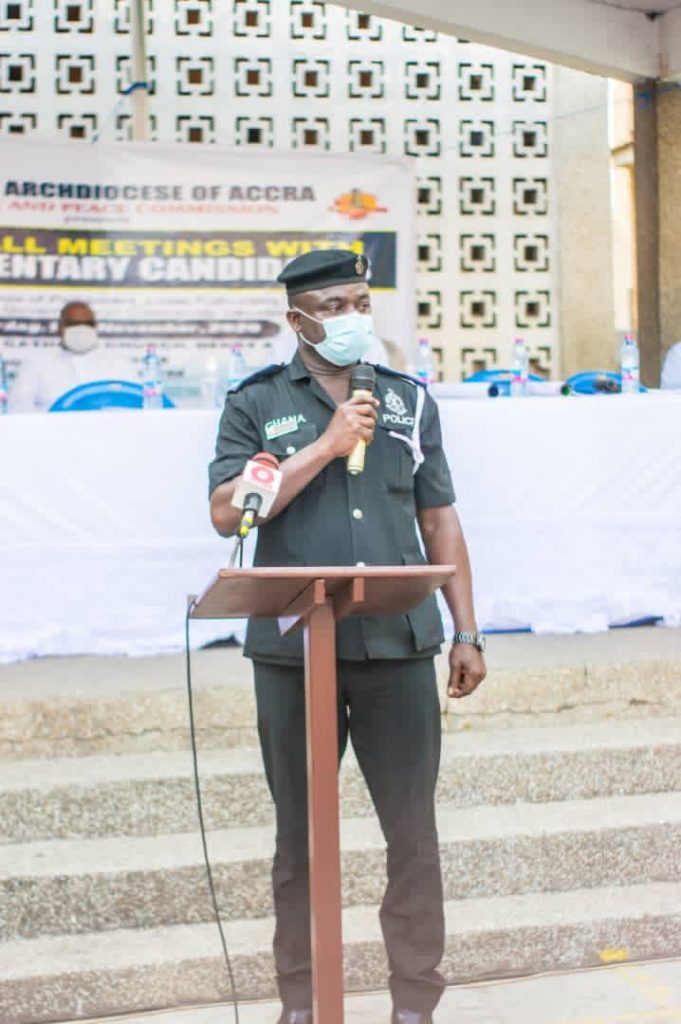 Chief Inspector Quarshie of the Ghana Police Service pledged the readiness of the Police to ensure that Odododiodioo experience a peaceful election before, during and after. He asked the public not to panic and go out to vote on the Election Day. He assured the public that the police are there to protect them.

The Justice and Peace Commission is part of the Pontifical Council for Justice of Peace of the Catholic Church dedicated to action-oriented studies for the international promotion of justice, peace and human rights from the perspective of the Roman Catholic Church. Effective, January 1, 2017, the work of the Council was assumed by the Dicastery for Promoting Integral Human Development with Cardinal Peter Turkson as the prefect.

Assemblies of God Prays Against Spread of coronavirus Among Children

Assemblies of God Prays Against Spread of coronavirus Among Children